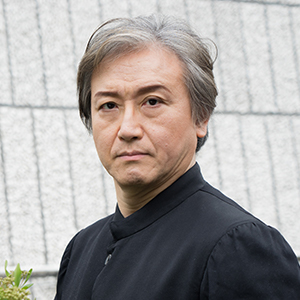 Kazushi Ono is the definitive musical citizen of the world, having been born in Tokyo, studied in Munich and forged his early career in Zagreb, Karlsruhe and Tokyo. This variety of influences has shaped an inquiring and profound musical intellect and an ability to communicate meaning across languages and cultures, leading to longstanding relationships around the world.
Ono trained in Europe under Wolfgang Sawallisch and came to public attention winning first prize in the 1987 Toscanini Competition. Since his first appointment at Tokyo Philharmonic Orchestra in 1992 he has held continuous positions, including at Zagreb Philharmonic Orchestra, Karlsruhe Opera, La Monnaie, Opéra National de Lyon, Barcelona Symphony Orchestra, and currently, Tokyo Metropolitan Symphony Orchestra, New National Theatre Tokyo and Brussels Philharmonic Orchestra.
A favourite of orchestral players, he has lasting friendships with orchestras around the world and regularly guest conducts groups such as London Philharmonic Orchestra, Orchestre de Paris, City of Birmingham Symphony Orchestra and Orchestre de la Suisse Romande.
His passion and curiosity for repertoire takes him in different directions – to the standard classics but also to new music. He often commissions works and has collaborated several times with Mark-Anthony Turnage, including on Silent Cities, Hibiki (which won a Royal Philharmonic Society award) and Time Flies, which was originally commissioned for the 2020 Tokyo Olympiad. Recent commissions at NNTT include Asters by Akira Nishimura and Dai Fujikura’s A Dream of Armageddon. His programming there also includes Baroque, 20th-century and bel canto masterpieces.
In Europe he conducted the world premieres of Toshio Hosokawa’s Hanjyo in Aix-en-Provence, Arnulf Hermann’s Der Mieter at Oper Frankfurt and Kaija Saariaho’s Emilie at Opéra de Lyon, as well as new productions of Ravel’s L’heure espagnole and L’Enfant et les sortilèges at Glyndebourne and Honegger’s Jeanne d’Arc au Bûcher at Opéra de Lyon. He has worked closely with boundary-breaking directors such as Dmitri Tcherniakov, Romeo Castellucci, Pierre Audi, William Kentridge and Mariusz Treliński
Ono is a vocal advocate for the role of culture in all our lives. During his time in Lyon he took part in a programme bringing opera to prisons and at TMSO he leads the inclusive SaLaD Music Festival, as well as working with community organisations for people with disabilities. In his new role in Brussels he will be part of an integration scheme for refugees. During the initial stages of the pandemic, he led ground-breaking research into the transmission of particles and the use of ventilation that meant that orchestras could get back to playing for audiences safely.
In 2017 he was awarded ‘Officier de l’ordre des Arts et des Lettres’ by French cultural minister Françoise Nyssen, adding to the prestigious Asahi Prize in January 2015, for his contribution to the development and progress of Japanese society. 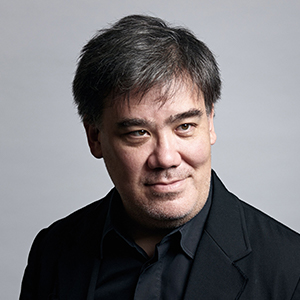 Alan Gilbert is Principal Guest Conductor of TMSO, Conductor Laureate of Royal Stockholm Philharmonic, and Director of Conducting and Orchestral Studies at Juilliard School. He will be inaugurated as Principal Conductor of NDR Elbphilharmonie Orchester in September 2019. < br / >
Gilbert was Music Director of New York Philharmonic between 2009 and 2017. He makes regular guest appearances with orchestras including Berliner Philharmoniker, Royal Concertgebouw Orchestra, Sächsische Staatskapelle Dresden, Orchestre de Paris, Cleveland Orchestra, and Boston Symphony. He has appeared at Metropolitan Opera, Oper Zürich, and Royal Swedish Opera, among others. 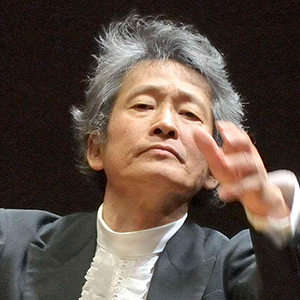 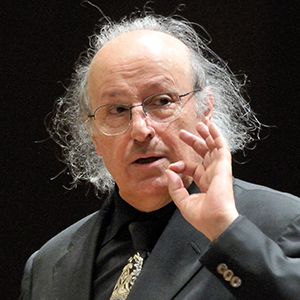 Eliahu Inbal was born in Israel in 1936. He held numerous chief posts with orchestras such as Frankfurt Radio Symphony (hr-Sinfonieorchester), Konzerthausorchester Berlin, Teatro la Fenice di Venezia, and Czech Philharmonic. He was appointed Conductor Laureate of Tokyo Metropolitan Symphony Orchestra in 2014. Many CDs of live performances by Inbal and TMSO are winning great acclaim. He was decorated by French and German Government, and by the cities of Frankfurt and Wien.